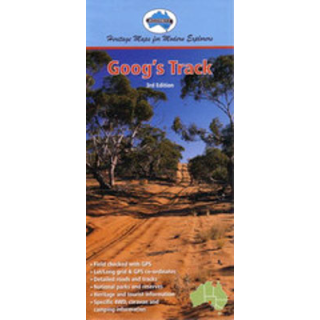 Goog's Track has been likened to a miniture cross between the Canning Stock Route and the Simpson Desert, but it has the advantage of being close to a major town and suitable for a two or three day adventure.

Goog's belief that a road access from Ceduna to the railway junction at Tarcoola would be of considerable value to the district was so strong that he set out to build the road himself. Others became influenced by his enthusiasm and offered support along the way but Goog was the driving force and his family his main helpers.

Although Goog's vision was for a modern road and he may have been disappointed with the lack of support by government, Goog would be delighted with the use his road now gets as an adventure trail.